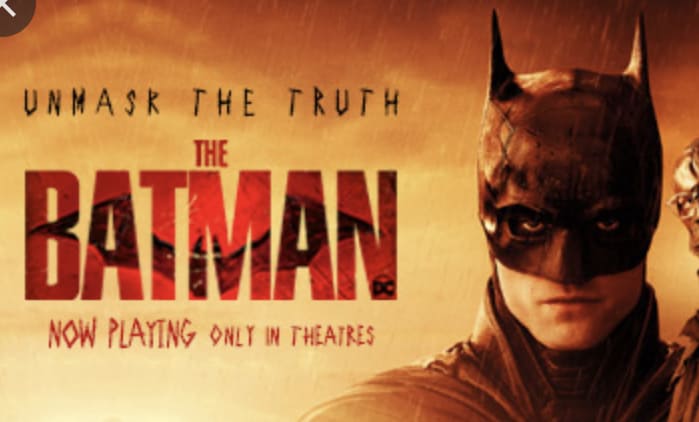 I Unmasked the Truth and it was Grim!

With a dark, depressing, greasy, drug-addicted-look, the new Batman (who is told by butler/man servant,Alfred, that he has severe money problems), relies on the stupidity of the police, and commissioner Gordon, all seemingly unable to solve basic riddles, and deferring to The Batman for answers.

Granted this is year two of his existence, but from the opening scene of Gotham resembling a worse-than New York overrun by gangs and low-lifes, streets completely encrusted with trash and debris—somehow the wealthy still make appearances—the imagery portraying a chronic depressive’s favorite slum-city in which The Batman merely adds to the gloom.

Unlike other Batmen, this one doesn’t rely on stealth to achieve results; instead his heavy boot-steps and slow waking pace as he enters a scene to face bad guys, along with his three-note, Jaws-like theme music hammering on and on in almost every scene he is in, makes you wonder whether that alone was the reason for a three-hour run time. It’s long. Long enough to tell a better story instead of yet another variation of the old origin tale.  Long enough to age badly waiting for the end.

Somehow Batman survives from massive gunfire, rifle, canon, grenade and shotgun blasts that leave his grimace untouched, his suit unscathed, and his motivation unblemished.  He calls himself “Vengeance” when we first meet him, his words monotone, his expression as though a loved one had just died. In fact his expression never changes, either as Bruce Wayne, with long stringy, unwashed hair, who resembles a drug addict, or as The Batman.

This monotonic acting is what Robert Pattison does, not different from his vampire role a decade plus back, and makes it difficult to care about this vigilante struggling with his own sense of purpose. He’s miserable and he certainly doesn’t seem to care. He never smiles, not even a glimmer in the eyes. He even narrates his diary entries at the start and end of this life-lost film and it’s clear he should be on massive anti-depressants or at least recreational drugs to cheer him (and us) up.

I found him lacking in any redeeming heroic style. Of course he had no more than 50 words the entire film. And as much as I considered ‘Batfleck’ terrible, that Batman at least held the position of a sometime smiling, rich playboy with the crime fighting toys that we expect from this hero, but never get.

I understand that we live in an age of pure dystopia, that our world events are grim, the promise of the future in doubt, with the shadow of a nuclear exchange with Russia dominating the news of the Ukraine invasion. I get that, for some reason, these days we like to destroy all heroes, drag them into the gutter with us, rip their facade and expose them as the same caliber as the little man on the street, Joe America, or worse; a hypocrite politician. And this film uses that as a theme, somewhat. But doesn’t that defeat the point of a superhero movie? Are we not supposed to be lifted above the fray by a man doing the impossible? A hero, not some miserable wretch in a cape and cowl, sullied and dirty?

Even the Marvel Avengers movies managed to inject style, humor and positives even as Thanos snapped away half the world. We cared about those characters. They had depth, positive and negative traits, but we could empathize with them and enjoyed our time with them.

This movie starts out as a hangover from the night before and just gets worse, each act more depressing, destroying any positivity along the way. Director, Matt Reeves (‘Planet of the Apes’ movies) even added a new turn on the Thomas and Martha Wayne story that—you guessed it—not happy at all. A whole lot of “why bother?”

In Christopher Nolan’s Dark Knight trilogy, there were bats in the batcave, but everyone knows you don’t want them flying over your sensitive equipment. Here the bats are free-range and always on the move, begging the question of who cleans the bat poop out of the technology? Alfred is too busy, the maid, too old, and Batman too depressed.

Then there is the Bat car—I won’t call it a batmobile, not iconic at all. Through the smoke it resembles a Ford Fairlane type vehicle with larger rear tires and a modified jet engine exposed in the rear. Somehow this seemingly flimsy looking thing survived major impacts, explosions and still performed. The Batman also rides a motorcycle, often wearing just a hoodie, although the dark stains hiding his eyes while wearing his cowl are still evident. With his mutual identity monotone, it should be very easy to realize his secret identity. But he cares little for the Wayne identity, just as he cares little that he is losing money and might soon be broke. He only cares about the vigilante.

Jim leGordon, played by Jeffrey Wright in his usual cool manner, is underutilized as a detective, seemingly only supporting whatever the Bat wants, protecting him.

Gordon is one of the few clean cops in a society of dirty cops. In Nolan’s batworld, that posed a danger to him, that those corrupted cops would get to him and his family, and in that film they tried and almost succeeded. This Gordon seems immune to that threat even as he learns almost everyone in leadership roles is on the take and connected to the crime boss, Falcone. With each riddle he simply defers to Pattinson’s Bat to instantly decipher the clues, making the actual detectives seem lame, even though The Batman as a detective was hardly above average. After all, he blunders into places where he would realistically be killed instantly, such as the secret underworld bar frequented by all the notables of Gotham, and yet somehow, through the magic of screenwriting, manages to intimidate the many armed thugs and can come and go unharmed.

Selena Kyle (Zöe Kravitz) was a positive character, despite the Hollywood endless need for Wokism in the form of characters having to be bisexual, as in this case, as though it is relevant to the character or the plot. Her character was, however, underutilized, but managed to offer something no one else displayed in this film—emotion. Her expressions were alive, her eyes fiery. The scenes she was in provided welcome relief from the rest of the gloom. Her motivation was simple, helping a friend, and a direct motivation for what she was doing that I won’t spoil. Without revealing why, the arc of her story became plausible as a result. I kept thinking she might have made a better Batman; at least she cracked a smile.

The Penguin delivered a subdued performance, a good twist on an iconic villain. More impressive was the unrecognizable Colin Farrel portraying him as an overweight, Mafia-styled thug complete with scar and a few gold teeth. No doubt there will be more screen time in future movies.

Of the Batman costume, I did like this less techno version. It was clearly a prototype, not polished. You had to take time to dress in this one, not a slip-on. It was bulky, a utility bag strapped to his thigh. The crest even wound up being useful, but he had only a few tools to use. This meant that Batman would have to work more, and he did, an endless barrage of fists and bullets with the Jaws-style theme song hammering in your brain, as he walked his heavy footsteps towards his targets. That this suit would survive any of those assaults without damage, let alone the rest of him, stood out as unrealistic.

Finally, at the end of the movie, after a major disaster and solving the Riddler’s identity, with the city in ruins and very little else achieved, Batman realizes his true purpose—no longer vengeance— promising many sequels that will no doubt emerge, especially given how popular this iteration has been received by the younger audiences at the box office. Money talks.

Reviews of this film have been mostly positive. Audiences absorb multi-cultural, non-stop action movies with lots of violence and technology like candy. This is a younger generation movie for sure, a generation that only knows a dismal world of liars, crooks and thieves. A generation many consider too woke, exhibiting less a discerning taste, less experience, more distractions, and with fewer expectations to make this film a less than positive experience for them. Coupled with the dystopic mentality that has pervaded the world for the past two decades, it is, for that audience a fantastic film.

Personally, I found it difficult to enjoy. While there were lots of visual details to study and some interesting variations overall, what it lacked bothered me the most.  I felt empty, having lost 3 hours of my life to the director’s need to smother prior Bat-versions, to strip out any joy. To that end, this review offers a counterpoint to the majority of other reviews. And you will either love or hate this version of the legend, and those camps seem well defined.

If nothing else it does beg the question of what we really have come to see as ‘normal’, both in life as well as in movies, and whether that’s a good thing. And why we have nothing uplifting ever presented to us. Nothing. It is a question worth answering.

PS: For those that disagree, feel free to send me an opposing review HERE and I will publish the best one at the end of this one. 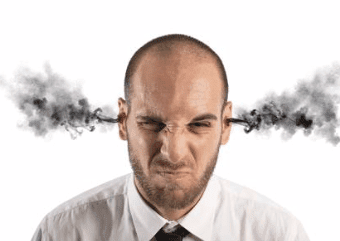 Amazon’s Big Problem with Kindle Print Books. Are You Affected?

JULY 4th Weekend – REMEMBERING INDEPENDENCE AND LIBERTY and what it means! 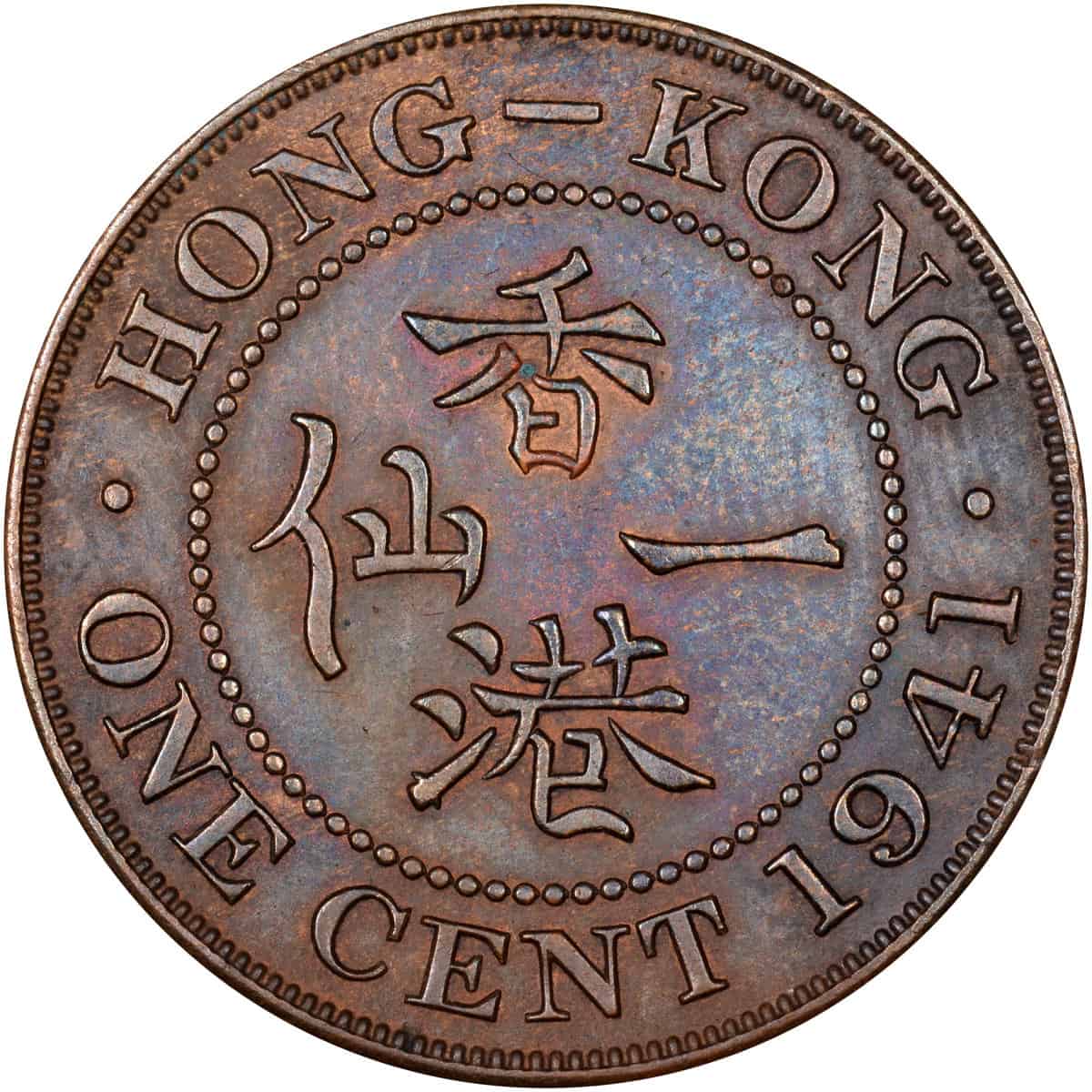 You Can’t Go Home Again; but You Can Remember