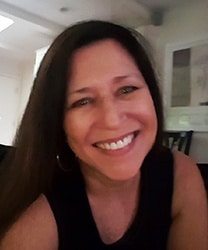 Shaun holds the door for me, but Joey shoves ahead, pulling cigarette and lighter from somewhere. I give him a look, but he lights up anyway, maneuvering his words around his cigarette: “It’s a bar.”

“We have to post it.” Boxcar waves a red bar towel towards a No Smoking sign tacked up on the dark paneled wall behind him. Leaving the rag in a small heap, he flips the lids from our beers, then leans across the bar, raising his eyebrows and lowering his voice like we’re confidants: “But we won’t enforce it, least ‘til somebody raises a stink.” Joey blows smoke at me before wandering off to find a table.

I used to stand with the smokers just outside the double doors of the English building, and then, when they pushed us off campus, on the sidewalk across the street. Now when I walk near them I inhale, remembering my reasons for quitting: the burden of accoutrement, lighter and pack; amber-stained fingers and nails, the old smoke clinging smell, and regret every night for every cigarette I had smoked during the day, and guilt in the morning because I knew I would do it again. And Shaun hates it.

But I grew up with smokers, though both parents had finally quit, sort of.  My dad encouraged me: “If I can do it, anybody can!”  After years of Marlboros, he stopped. “Just like that” he would say if you asked him about it. These days he trains habitually for a marathon he has yet to run. Last month on my way home to visit, I drove past him on an outer road as he trudged along wobbly and out of breath. “I keep expecting him to collapse; he trains all the time,” my mother says, rolling her eyes like she always does. “It’s his thing these days.”

Meanwhile, she smokes clandestinely, crouched between the storage shed and the privacy fence, or next to the arborvitae near a brush pile topped off by a plastic baby pool she uses for bathing Biscuit, her glassy-eyed cocker spaniel. He sniffs the weeds or pants next to her as she inhales and exhales luxuriously. Other times he waits outside the bathroom, tail thumping, where my mother hides with the fan whirring and window open. We aren’t supposed to know.

But I understand. There might as well be an old, bony, yellowed finger poking at a soft spot on my brain all the time. I still want to smoke, and Boxcar’s, with its dim lights, dark walls, and an old hardwood floor worn smooth by decades of drunken shuffling, is the kind of place that begs you to smoke as soon as you hit the door. So I have back-up: beige squares of nicotine gum, even though I get hiccups and mouth sores if I chew too fast.

The table Joey grabs is in the center of the bar with a view of the stage, unless the dance floor fills up, which isn’t likely. As we wait for the band, Shaun twists around in his chair, shooting looks back at the door, more interested in whomight show up rather than in who actually has. I catch myself digging a thumbnail into my forearm. I stop and pick at my cuticles instead.

The band wanders onto the stage so nonchalantly almost no one notices until a squatty bass player plucks a string, sending a deep, bouncy note ricocheting wall to wall just as Shaun stands up as if on cue to wave someone over. A girl with big, round eyes and a complexion like a new doll’s steps up to our table. Joey sits up straight and, though he has to do some untangling, he removes his legs from the chair next to him and offers it to her, so for a minute I’m convinced Joey has a date. Good, I think, because he could use a girlfriend.

Joey practically lives with us these days. He left the apartment above ours and moved across town to his sister’s house last month when his lease expired. Though he is leaving for Fort Hood in November, he apparently means to spend every afternoon until then with his legs slung over the side of our green recliner while he chain-smokes and watches game shows or thumbs through novels from my Southern fiction class. He quizzes me about obscure words—transmogrification, indefatigable, moiling—and fictional genealogies, when he isn’t calling some contestant on Wheel of Fortune a dumbass.

I stumble regularly over Joey’s big, black boots, and he refuses to take a hint when it is time for him to go. But Shaun is gone more and more often these days, so on nights when he doesn’t come home at all, and muffled voices and laughter drift down through vents from the apartment upstairs, I don’t actually mind Joey being around.

Back at Boxcar’s, the girl ignores Joey and slides into the chair on the other side of Shaun. Smoke from Joey’s cigarette curls in front of my face, soliciting attention like an old familiar pet, as the girl grabs Shaun’s beer like she’s entitled to it, wraps her pink lips around it and takes a swig. I punch my thumb nail through the foil on a square of gum.

The band begins a Velvet Underground song. The lead singer does a decent Lou Reed, sing-speaking an undulating lyric asShaun picks up a dime and starts to scratch a word in the tabletop. I can see the letters: M-e-g. He pauses, searches the girl’s face for clues, then continues: h-a-n. I dig my nails into my wrist.

“Impressive,” says Meghan-with-an-‘h’ when Shaun finishes the etching. She finds his blue eyes with her own freakishly round ones and pins him with her stare: “No one ever gets the ‘h’ right.”

Shaun shrugs and looks away as if Meghan’s approval is no big deal. But I know him. The way he squares his shoulders, leans back in his chair, and tries not to fidget—her approval is, in fact, a big deal to him. I roll my eyes and imagine myself lighting up, dragging deeply, and then blowing smoke in Meghan’s direction. Instead I sit stiffly, aware of my hands, my blunt nails and rough cuticles, as well as my awkward presence, exposed by this strange new gap in my mannerisms.

I chomp my gum, hiccup, flip my hair, and turn toward the mostly empty dance floor where a few couples sway and one awkward couple moves separately, like they aren’t dancing to the slowest song ever. Another guy stands in front of the stage, clutching his beer, nodding his head in karmic agreement with each line of the song—somebody’s happy; somebody’s sad—blah, blah, blah. Whatever.

Last summer Shaun and I walked to Nila’s every Sunday night. We’d sit at a sidewalk table and wait for our order while a woman with thick, white hair pulled back tight like it was being punished leaned through the take-out window under a violet-blue neon sign and smiled at us without saying a word. Beyond the window someone in the kitchen hummed along to a country song we could barely hear.

Sitting on the porch steps back at the apartment—it was always too hot inside—we shared steamy cartons of chicken korma or vindaloo and soft naan wrapped in thin aluminum foil as fat moths battered at street lamps and tobacco-brown cockroaches sought the remains of the day’s heat on cracked sidewalks.

The Velvet Underground song continues. Meghan picks at the label on a beer bottle, showing off small hands and perfect, unpretentious fingernails. Shaun reaches for her hand, bringing it briefly to his lips. I look away and take a desperate swig of beer that turns metallic in my mouth. A guitar screeches on stage; the lights above the drummer flash green. Against my will, my eyes seek Shaun who is still holding the hand of a girl I suddenly despise.

I wish I could say that something clicks then—that I suddenly get it; that I stomp out, go back to the apartment, move my things to my parents’ or even to Joey’s sister’s for the night. I imagine a scene in which I turn over a table and dramatically soak Shaun with a beer.
Instead, I sit, a lump, invisible and seething—a dangerous incarnation—until I suddenly spit my gum at the side of Meghan’s head. I expect all hell to break loose, but the small blob, which does not stick in Meghan’s hair, bounces off her head, rolls, and comes anticlimactically to a stop in front of Shaun. Then Joey, Meghan, and Shaun all turn, synchronized, eyes on me.

“What is wrong with you, Julie!” Shaun is disgusted. Meghan scoots her chair away from the table and brushes through her hair with her fingers. Joey covers his mouth with the back of his hand, hiding a broad grin from no one.

“Sorry.” I’m sure no one believes me, and, honestly, I am notthatsorry. I am mostly surprised. Something had welled-up, not rage exactly, but an impulse, more paroxysm than tantrum if I had to describe it; more seizure than conscious act. But I know there’s no point in trying to explain.

“Wow. Nice shot. Classy,” Meghan says, still brushing through her hair, but she is not really talking to me. She might as well be spouting off to the wall or a chair, or to the amber-colored ashtray in front of Joey.

Shaun takes Meghan by the hand and leads her to the dance floor. He does not look back at me. He does not look at me at all.
Joey kicks my chair with his big dumb boot and leans close. His breath covers my face like warm felt, saturated with beer and smoke:

“You do not know how to make friends.” He is still laughing sort of. I lean away from him and tell him to shut up.

He leans in again. “Jules.” He says Jules like it has two syllables; “Jules,” he says again. His lips brush my ear, but I don’t look at him.

The lights above the band splash together. I bite the inside of my cheek. Joey offers me his cigarette and kicks my chair again: “Shake it off.”

“Can’t you ever just shut up?”

We watch the dancers sway in shades of red, magenta, purple, and blue as the lights above the dance floor change, and the slow song plays on.

Sue Ellen Herring grew up in Fulton, Mo., the small town where Winston Churchill gave his Iron Curtain speech in 1946, and where legend says Jesse James taught Sunday school for a while in 1910.  For 29 years she taught English and writing to high school students. She currently lives in Springfield, Mo. with her husband, James. Her stories and essays have appeared in Straylight Literary Arts Magazine, Minerva Rising, and the English Journal, among other publications.

This short story was published in the October 2018 issue of Books ‘N Pieces Magazine. 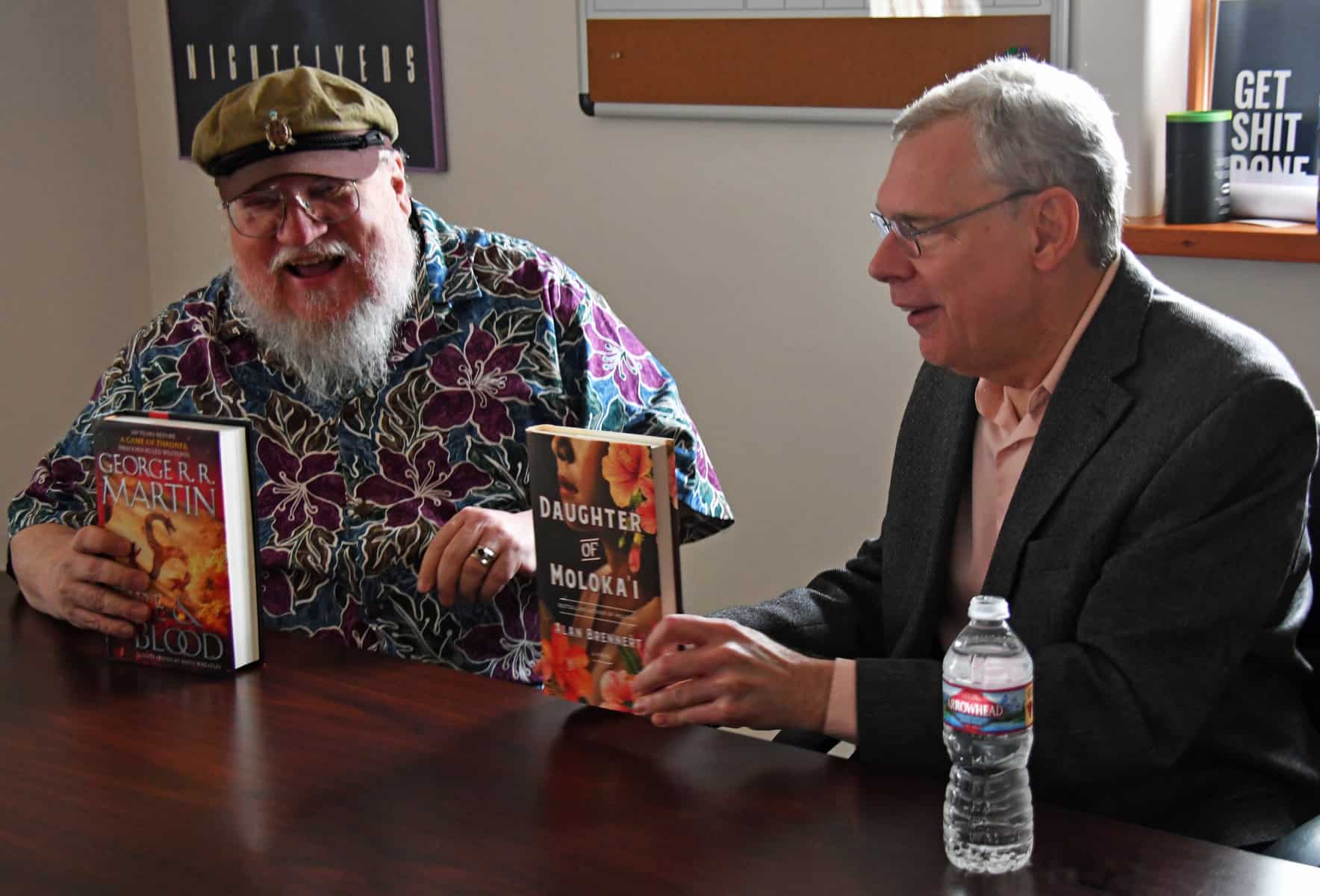 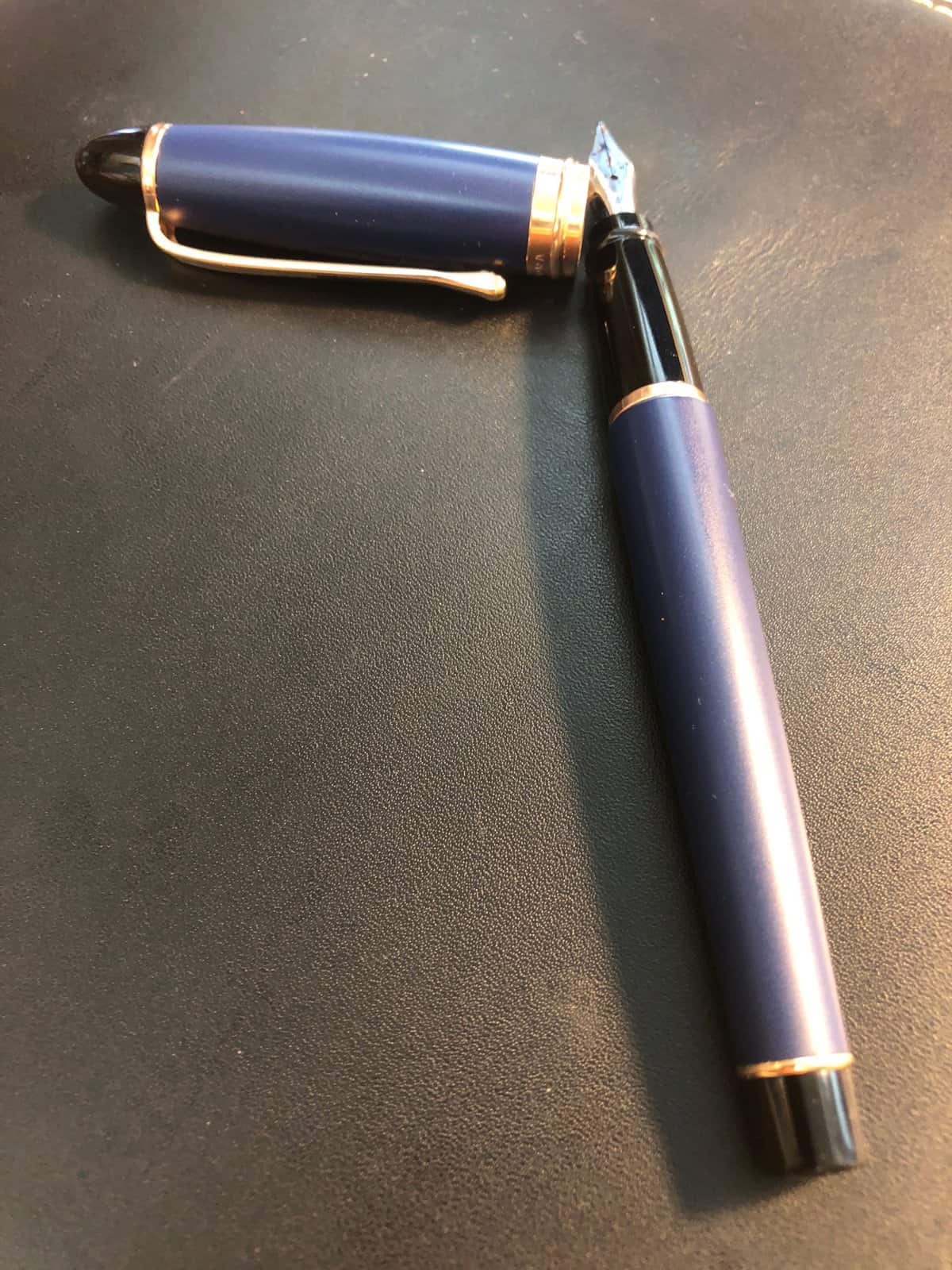 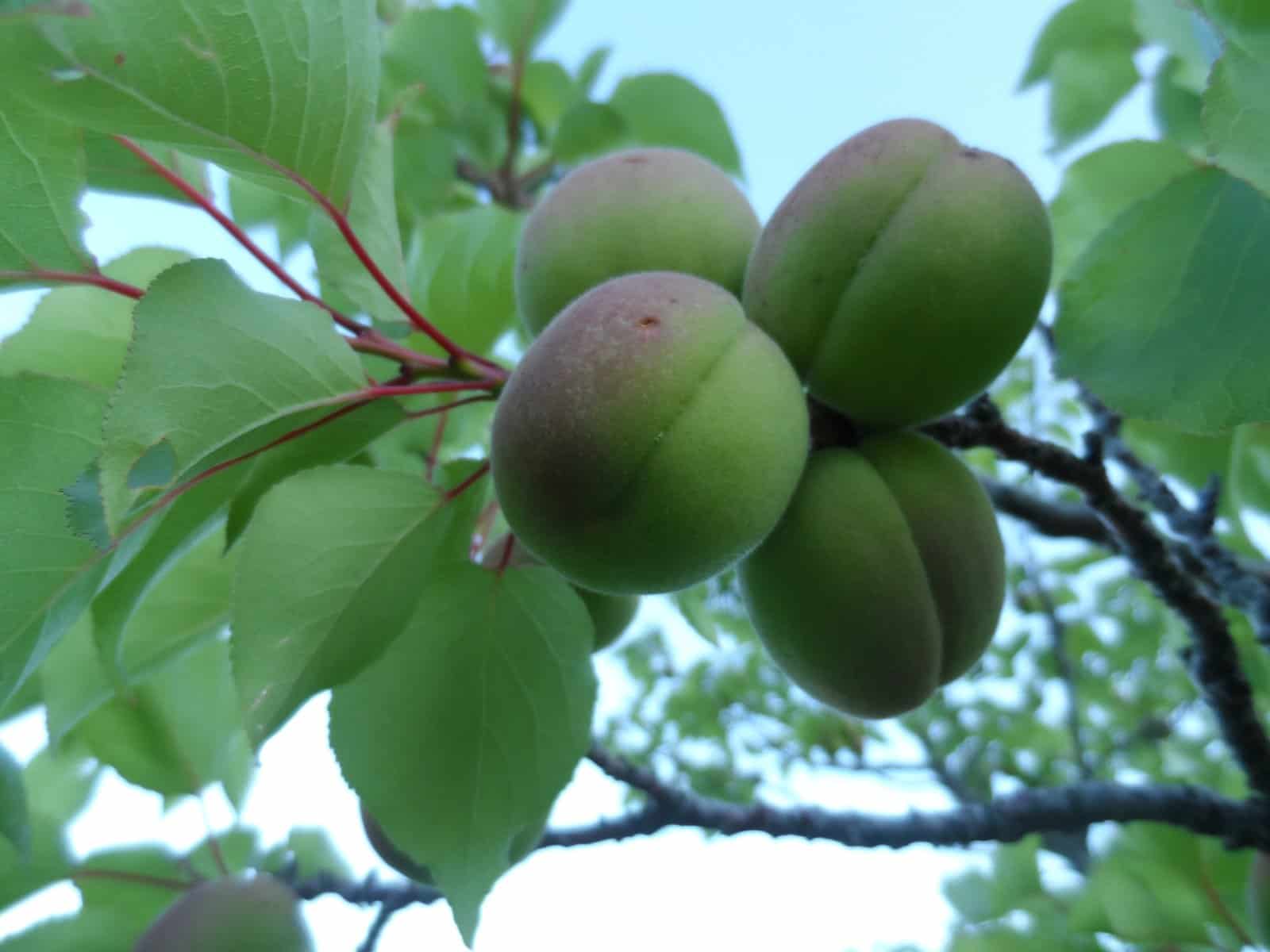 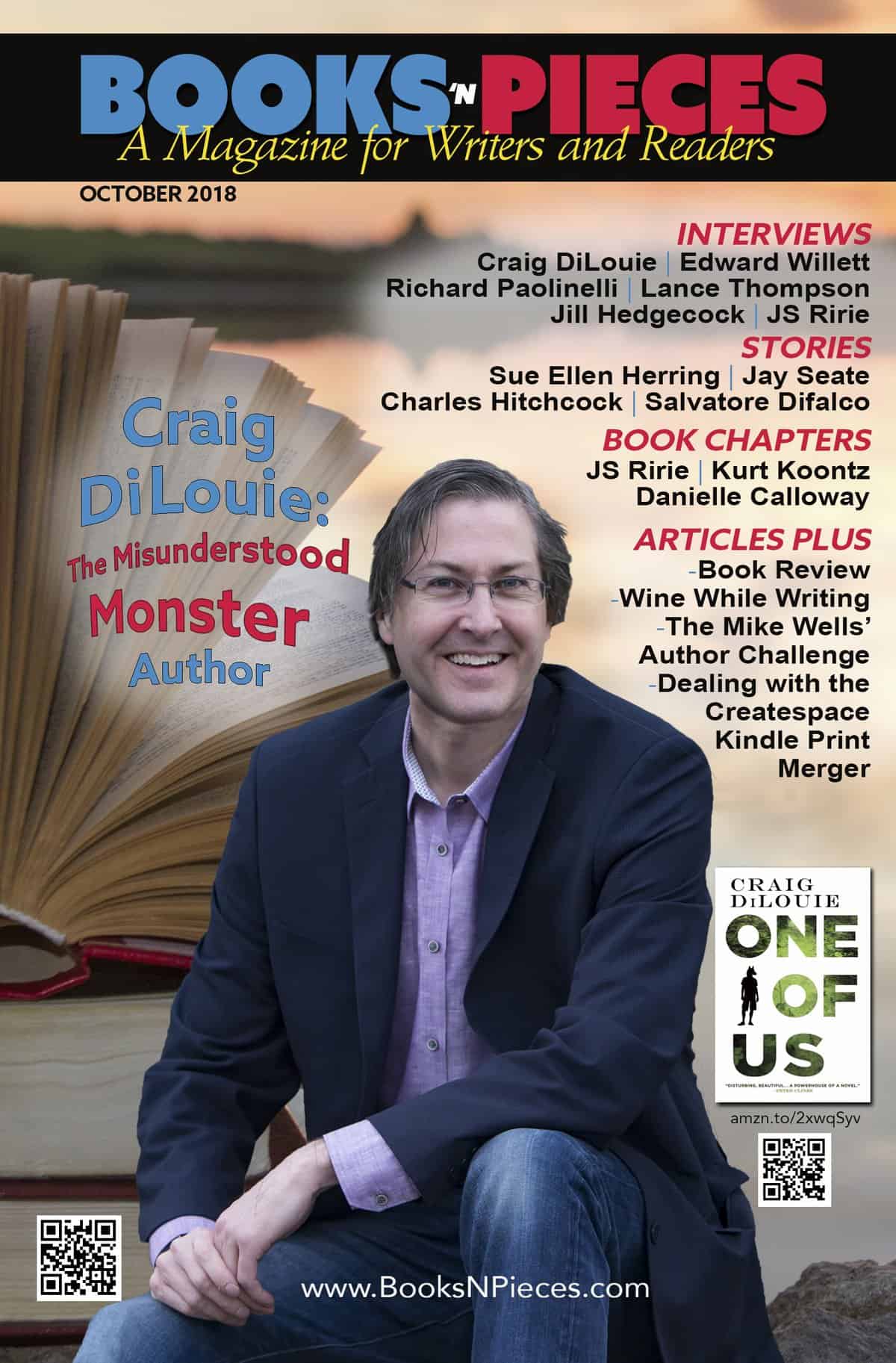