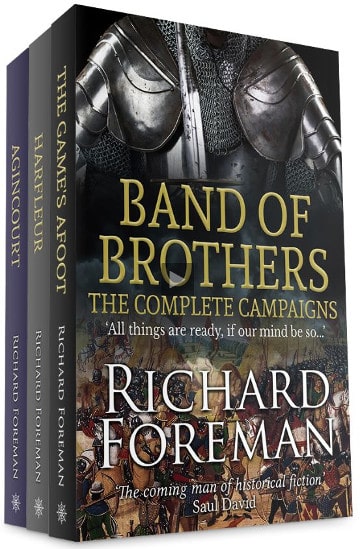 When it comes to multitasking, Richard Foreman is ahead of the game. A bestselling author, he also publishes other authors, focusing on the historical fiction genre. He also accepts manuscripts from authors with an added service of setting them up for publications.

How’d you start your career? What was your initial reaction received from others when you announced you would be writing?

In terms of my career in the trade I started as a bookseller. In relation to later becoming a publisher and writer it was an invaluable experience. I was able to get to know authors on a professional and personal level,  as well as develop a sense of what sold. I thankfully had the opportunity, through my job, to be able to show my writing to other authors. I received encouragement of course, but ultimately I knew I needed to develop a voice and plan by myself. The book trade is not alone however in being a business which can pigeon-hole people. I think some people were surprised, or not wholly supportive, when I became a writer. But that reaction was the exception rather than the rule. 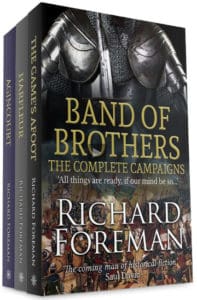 What were your best and worst moments thus far?

I’ve been very fortunate in my career. Most of the books I have written have sold far more than I expected. I’m grateful for every sale and letter/email I receive from a reader. When my first Roman book, Augustus: Son of Rome, broke through and topped the charts I realised that my instincts were right. Being a professional writer really is one of the best jobs in the world. As a publicist and publisher there have been plenty of highs too. Selling books is one of the best jobs in the world as well. We regularly publish titles at Sharpe Books, old and new, which top various Amazon charts. It may sound a bit trite, but I have ongoing best moments. Hopefully I’ll have another one soon, when I finish off the Spies of Rome series I’m writing.

Who was your biggest supporter?

I wouldn’t want to just pick a few people out. Whether as a bookseller, publicist, publisher or writer I have received plenty of support over the years, from friends and colleagues in the trade. Whilst serving as a publicist and consultant I was able to work with a host of bestselling writers, including Simon Sebag Montefiore, William Dalrymple and Saul David. They not only taught me various things about storytelling, but in their decency and professionalism they were a guide in how to conduct oneself as an author.  In general authors are a generous tribe, with both their time and advice – particularly if you have read one of their books.

I make notes first, via pen and paper, but then expand upon them when I write on the laptop. I occasionally make notes on the train and when I’m away but for the most part I can only focus and write when I’m at home. The usual routine is to write notes in the evening and then write them up the following morning. There’s no steadfast right or wrong process I think, it’s just a matter of each author finding their own voice and system.

Are you rigid in your writing time and place, or more muse-like, as the inspiration hits?

I’m a great believer in perspiration, as opposed to inspiration (which is not to wholly denigrate the latter). I try to be rigid by setting aside chunks of time on a weekend, but I don’t always succeed – unfortunately I’m unable to write hungover. As a general rule I set myself the task of writing at least ten thousand words a month.

What’s the one thing you wish you knew when you started, that you know now?

Not to over research. Sometimes research can be a distraction, albeit an enjoyable one. It’s easy for research to be used as an excuse not to start or finish writing. Be mindful of what you read, as well as what you write, when constructing a novel. I know I may sound brutal or cynical in some of my advice – but I’ve been called worse.

My editing process has changed over the years. I used to write more, aware that I would ultimately pare things back. Editing is often just deletion. Less is more. But now I keep things tighter, and there is less to re-write once I have a finished draft. Whereas with my first books I was reliant on feedback from agents, editors and other authors, I’m now at the stage where I can largely edit myself. I’m quite good at wearing my publisher’s hat to encourage or bully the author in me. Although it’s important to still take feedback from proof readers and other people you trust. As a piece of advice for first time authors I would say that if three or more qualified readers pick out a flaw in a novel (in regards to the story, pacing, characters) it’s worth fixing. It’s unlikely that they’re all wrong and you’re right.

Your focus is on historical novels. And you are a bestselling author. What was the interest for you with that genre, and could you give an example from one of your novels that you feel brings out your strength as a writer?

Authors often write what they read. I grew up reading the likes of Bernard Cornwell, Steven Saylor and George Macdonald Fraser. I also wrote a couple of more literary historical novels, A Hero of Our Time and Warsaw, which were set during WW2 and heavily influenced by Dostoyevsky, Camus and Kierkegaard. There have been a few books – in the Augustus, Sword of Rome and Band of Brothers series – which have involved writing set-piece battle scenes (Pharsalus, Munda, Agincourt). Although it can be quite daunting choreographing such scenes beforehand, I was pleased with the way they turned out – in relation to blending military history with the demands of plot and character. I’m also pleased about how the books all exhibit a sense of humour. I think one of the things which drew me to writing about ancient Rome was the fact that figures such as Caesar and Cicero were urbane and witty.

What recommendations do you have for new authors?

Read more. Other books will help develop you as an author, as well as provide direction as to what sells. Also, make sure you publish your books rather than leave them in the draw, should you suffer a setback. Conventional publishers may be releasing fewer titles and publishing fewer debut authors, but there are the options of submitting to smaller publishers and self-publishing. It’s understandable that people want to be signed-up by a high-flying agent and then bought by a commissioning editor with deep pockets. But when (and it will be when more than if) that doesn’t happen, you shouldn’t be too disappointed.  Also, as much as there may be well publicised exceptions, a writing career is a marathon not a sprint. Keep on keeping on. The phrase overnight success is almost an oxymoron.

What is your personal weakness as a writer—your Kryptonite?

I don’t really like writing about or for children. Over the years I’ve written in a few genres and periods, but if I ever think of writing a YA novel then please quote this answer to me and tell me not to do it. 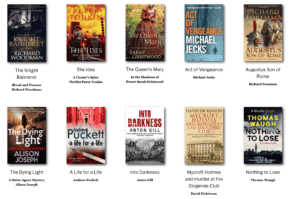 As a publisher, you run Sharpe Books, also co-founder of Endeavor Press and the London History Festival. How do you separate your writing as an author versus your role a publisher?
The answer is I don’t always separate them. My experiences as a publisher and publicist have helped me become a more successful writer. The authors I met as a bookseller and publicist are ones I also publish. One of my briefs as a publisher is to find other authors writing similar genre fiction to what I produce – although Sharpe Books also publishes other types of historical fiction, as well as crime/thrillers and history books.
You’ve also worked as a bookseller and publicist, giving you a well-rounded understanding of most aspects of the profession. If you had but one aspect to choose, which would it be and why?
Bookselling was great fun when I was young. It was almost a golden age of bookselling, where buyers had autonomy and power. I got to meet scores of authors I admired, some of which became clients and friends. There were launch parties every week too, some of which even served non-house wine. As a publicist it was rewarding raising the sales and profile of various writers, through arranging reviews, articles and organising talks/signings. I always remember how pleased I was when, working with Tim Butcher, Blood River topped the Sunday Times bestseller list.
As a publisher I’ve been able to help breakthrough new and established authors, helping them to both earn a living and fulfil their dreams. As such I’d probably choose being a publisher over other roles.

Beginning one 2019, Books’ N Pieces Magazine is changing format to strictly an Online magazine published throughout the month. The content will remain the same: interviews with bestselling and other published authors, short stories (we pay), articles, books reviews, writing tips, and more. Our parent company, Alt Publish (alt publish.com) works with authors and offers both individual services (book covers, editing, layouts, marketing etc.) as well as full-service representation (a pre-agreed royalty representation in lieu of costs is one option available. We also offer fixed costs for set services that may be payable in installments.) The Story Doctor is one service that many authors find valuable. Find out why your story or novel does not work and learn how to fix it. 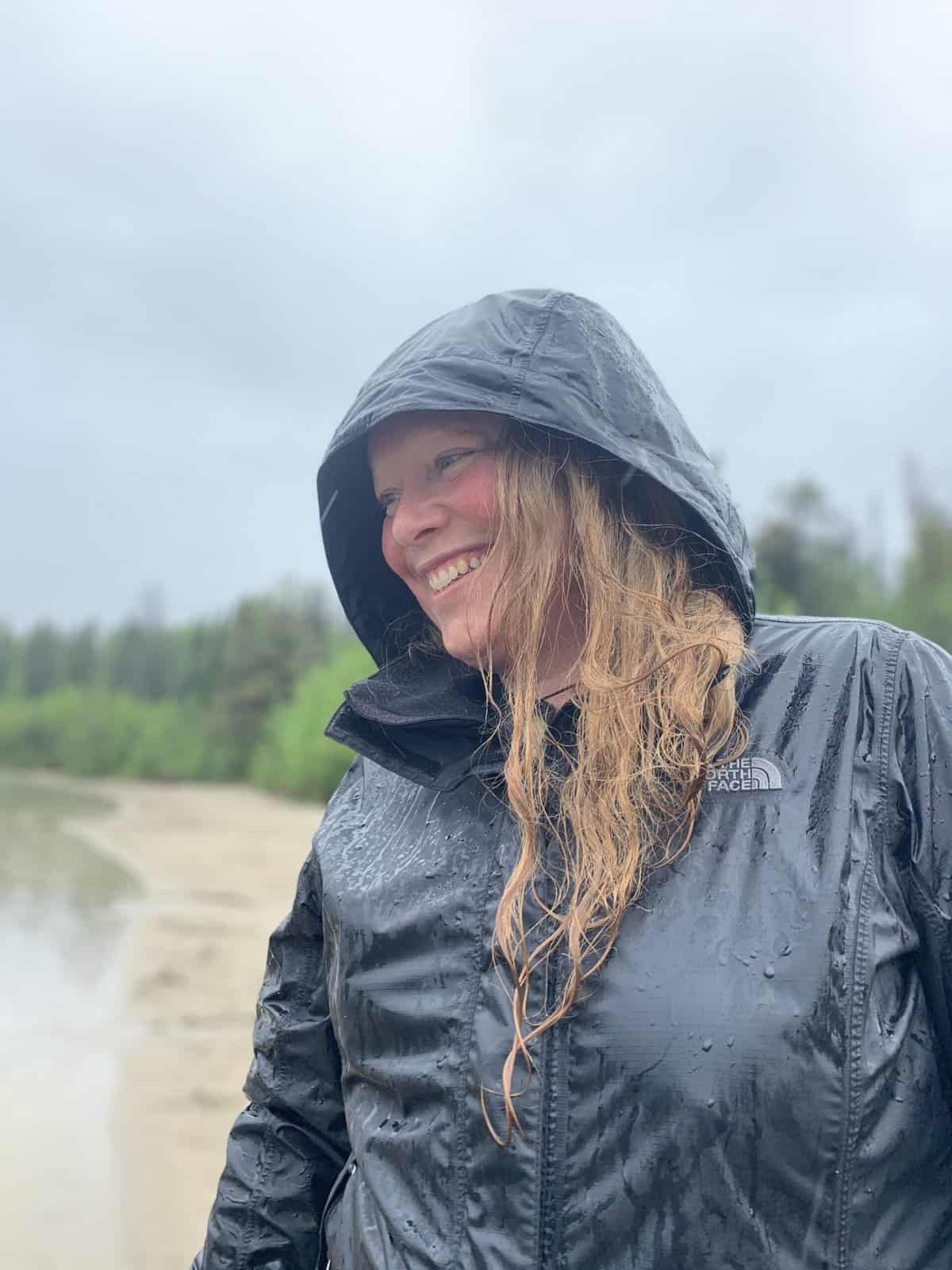 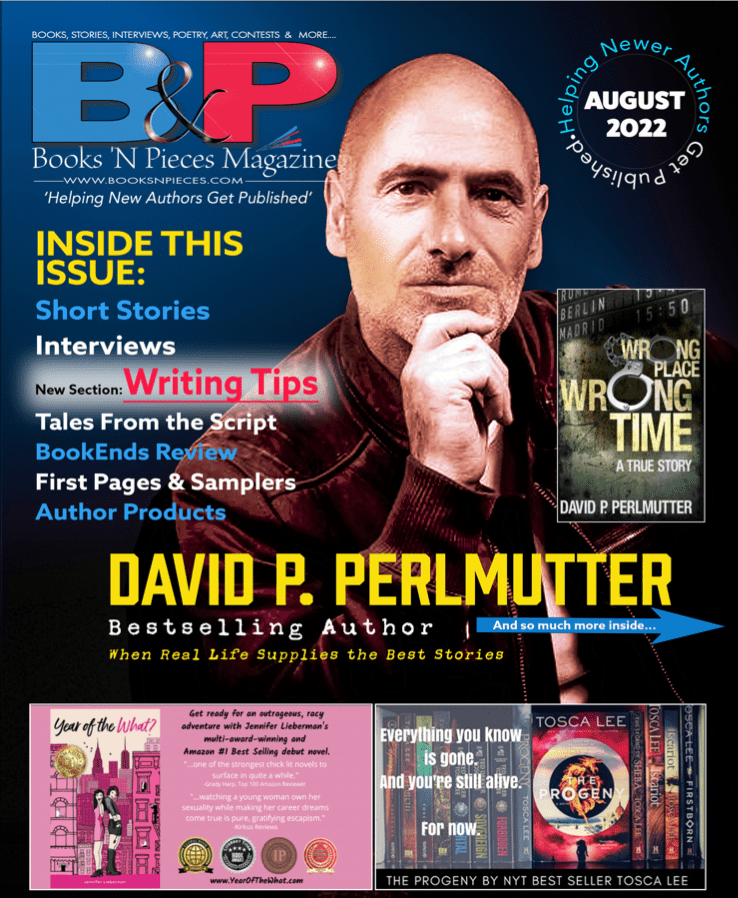 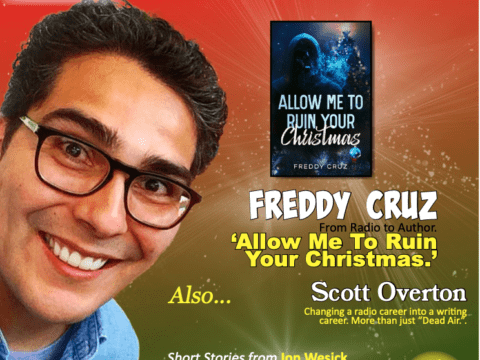