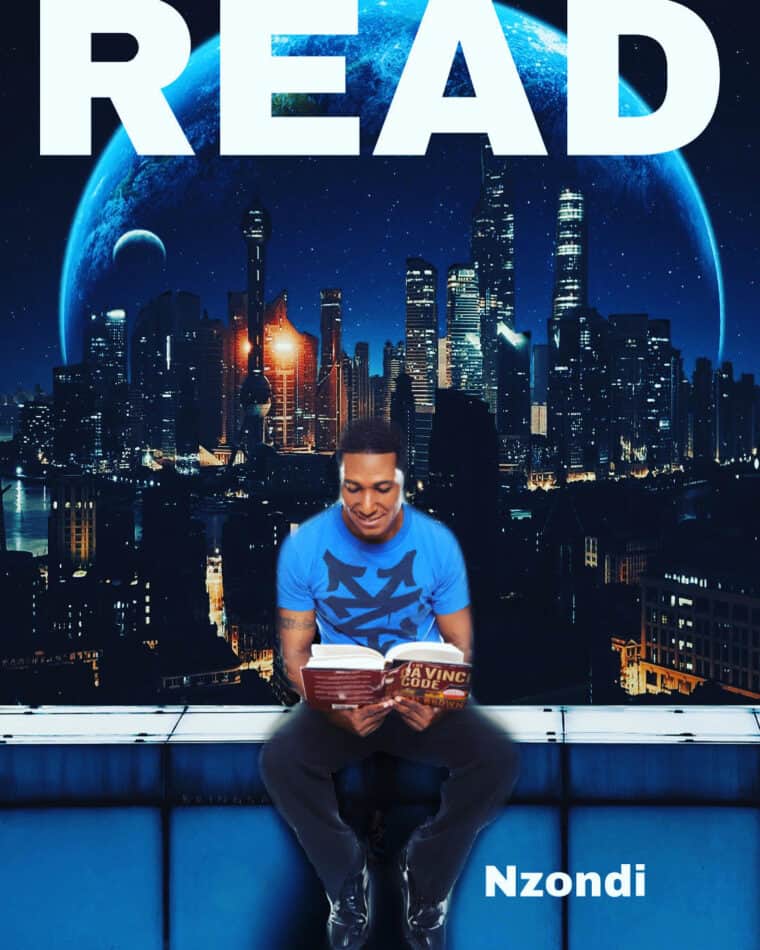 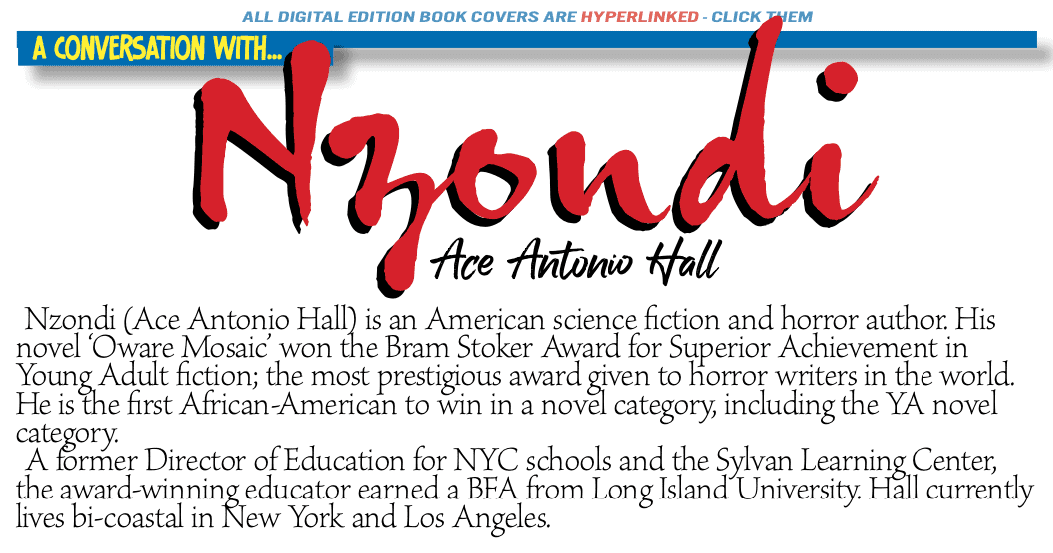 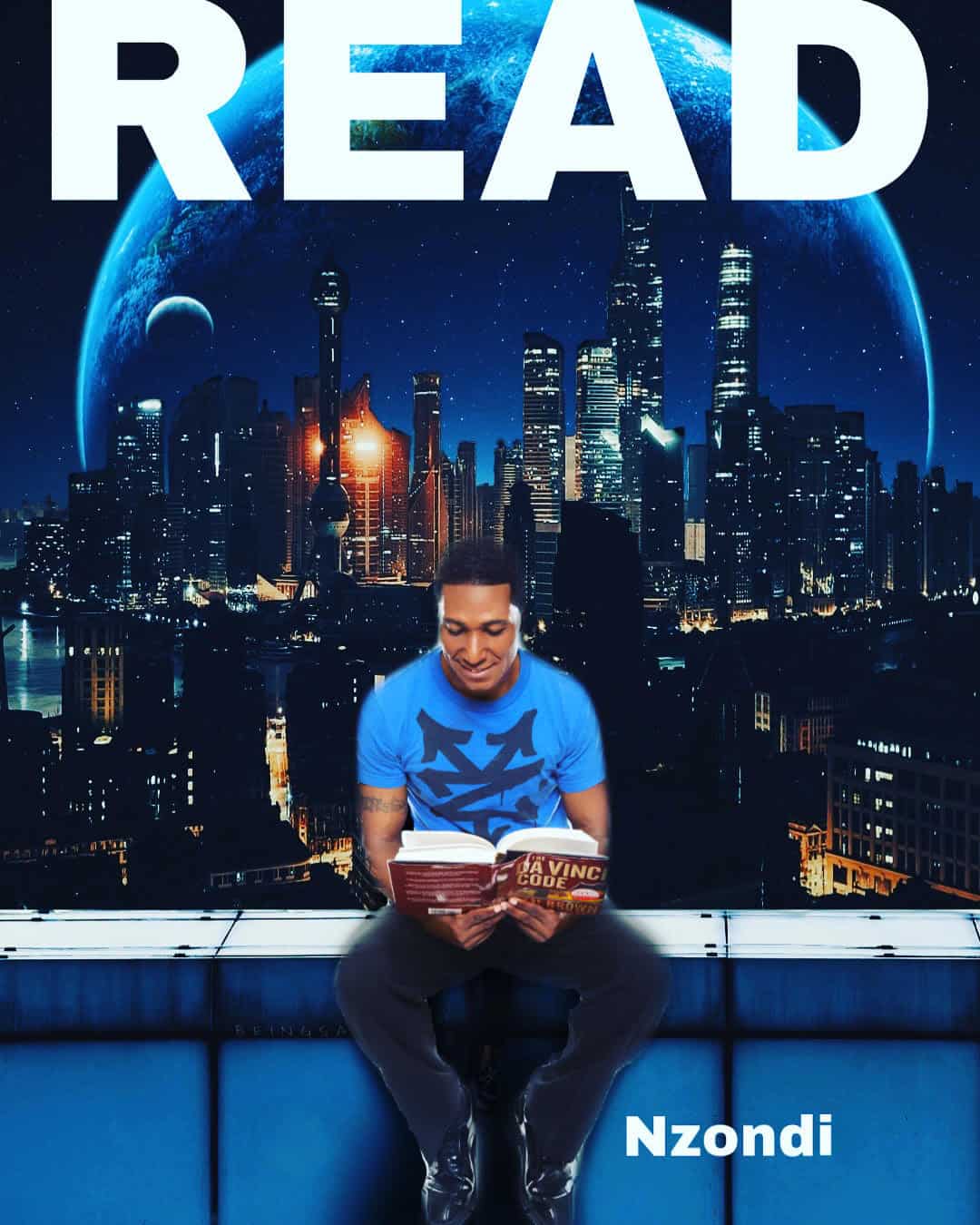 B&P: What got you into writing and when did you decide that was the future for you?

N: I didn’t pick a future as a horror author, it picked me. I’ve always been a griot, a storyteller. I got my kicks by scaring the crap out of people with my stories.

B&P: You received a spec deal to produce your songs at a recording studio in 1987. Tell us a bit about that and how that transitioned to writing horror.

N: It was the dawn of the golden era of hip hop and I was recording a variety of songs like New York Garage-type club music, hip-hop and R&B ballads. The owner of a recording studio I frequented, heard one of my ballads called ‘A Touch of Romance’ and loved it so much, he gave me a spec deal in which I could record there for as long as I wanted in the late hours of the night as long as I paid him back when I signed to a record deal. I met a lot of artists in that studio back in the day from Black Sheep to A Tribe Called Quest, who also recorded at Calliope Studios on 37th Street in Manhattan. Good times.

I never signed to a record label but the experience was invaluable.

B&P: Why did you select horror as the genre of choice?

N: Horror is the genre that resonates with me the most partly because a lot of creepy stories are really just commentaries of life. I’ve come across many zombie stories that represent brain-dead societies or groups of people that shamble throughout their lives like sheep doing whatever is dictated for them to do.

Vampires tales reflect on sexuality and desires. They reveal how a person’s insatiable urges can suck the lives out of our humanity. Some alien stories are commentaries on race and sexism, while other horror literature and films mock capitalism and socialist societies.

Horror truly is a genre that has so many paths creatively that can be hidden from the naked eye and only brought out by our fears and misconceptions of what something or who someone really is. It’s an amazing art form that uses the unknown as a catalyst for storytelling. 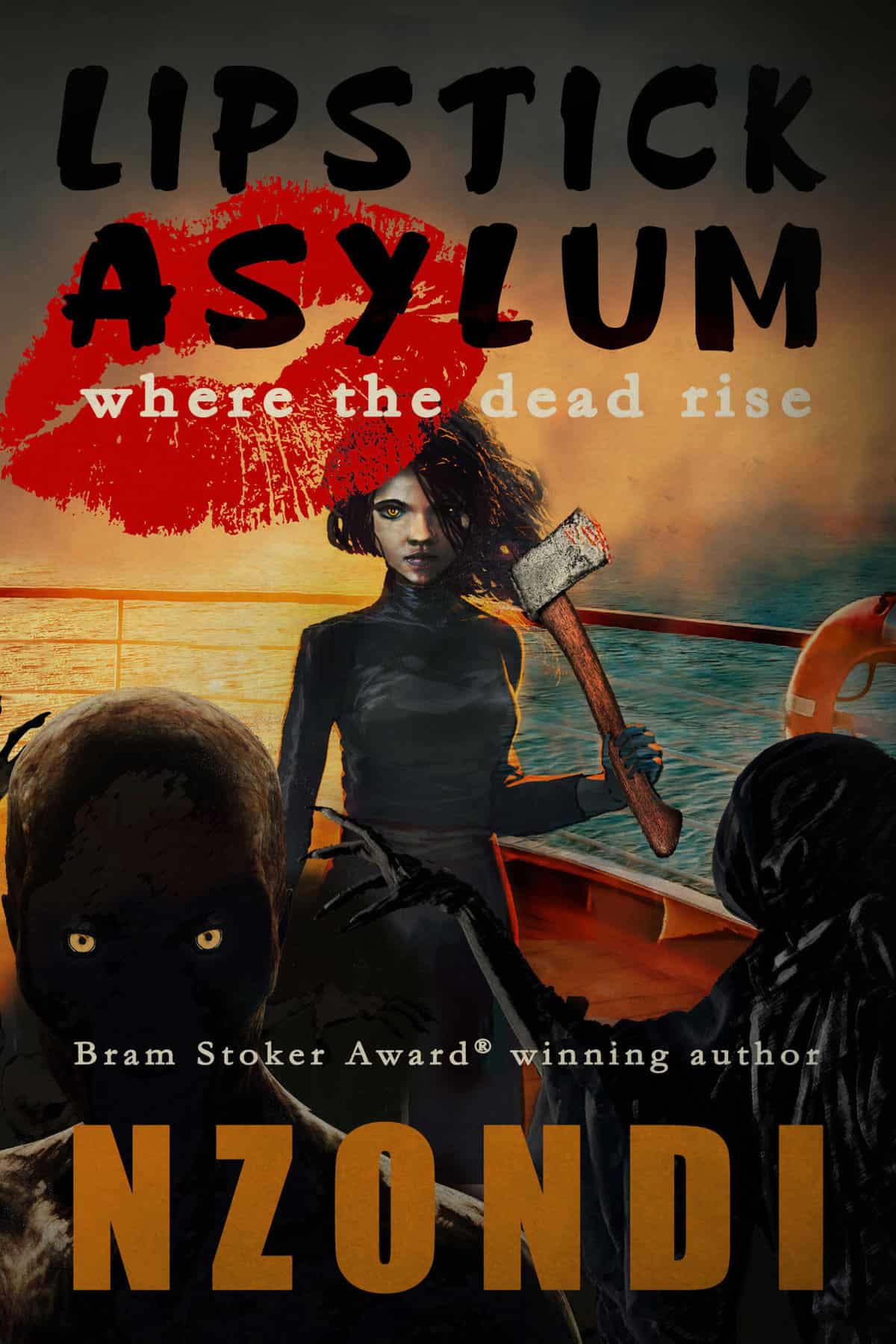 B&P: You were winner of the Bram Stoker Award in 2019, and the first African American to do so. How did that make you feel and what effect did that have on your writing?

N: I’ve gotten over the initial shock of finally doing something in my life worth recognition from my peers. I am humbled that it’s such a prestigious honor, worldwide. My father, who was part of an artist-activist group called AJASS, broke many barriers when he and its founders started the Black is Beautiful Movement opening the doors for many African-Americans to be the FIRST of something. Winning the Bram Stoker Award was the most significant achievement in my career that I’ve achieved so far and is the hardest thing that I’ve ever worked for.  Writing Oware Mosaic was difficult on so may levels.

Winning gave me the attitude to continue to hone my craft and write books that readers of horror and science fiction can fall in love with, and read over and over again. It made me dig deeper into characterization and the human condition. It also inspired me to create Easter eggs in all of my projects that came afterward that tied each novel to the other.

B&P: What’s your writing process like? Are you strictly disciplined or not so?

N: Originally, I followed Christopher Vogler’s outline religiously, and then I took Alexandra Sokoloff’s class and learned how to expand on Christopher’s ideas. On my most recent project, I threw all that structure out of the door and wanted to be more organic, not knowing what I was going to write until it hit the page.

This process was and is a big mess, but I believe it has giving me the freedom to write my best work yet. It’s a big mess because I find myself cleaning up a lot of things but I’m so happy with the essence of the story. Part of it is simply a process of getting it down and then fleshing t out after my ideas are strong. I wouldn’t have evolved to this point had I not started out the way I did. However, less restrictions allowed me to take more risks and become more imaginative. The caveat in it all is that I had to learn the rules well before I dared attempt to break them, and part of learning the rules involved a ton of reading books in the perspective genre and writing well over a million words. 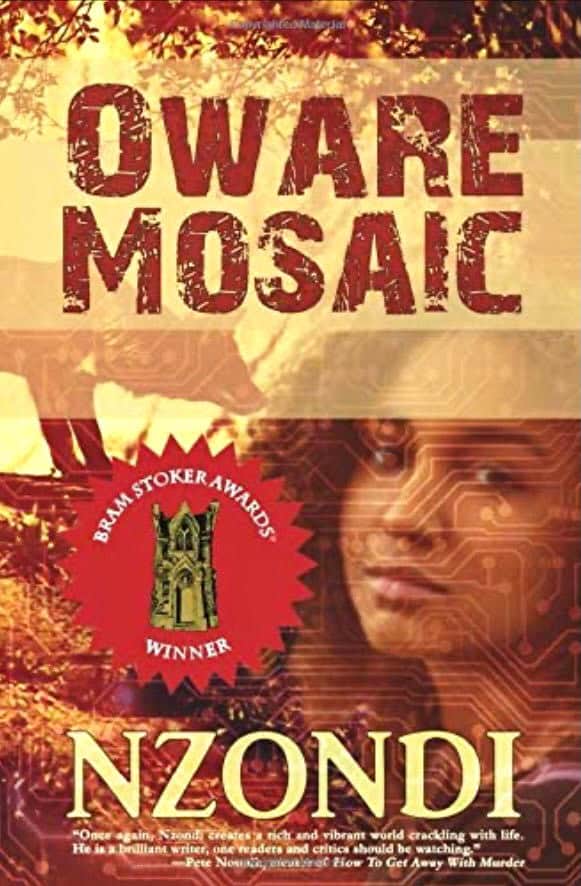 B&P: Why did you decide to leave the education field?

N: Not to make light of anyone who served in the armed forces but I’d felt like being in the classroom was like a tour of duty. Heck, one of the first days in a classroom,I got hit in the head with a bandstand and had to get stitches.

I’d served as a teacher long enough, reached many accolades in the field, paved the way for many children to become successful and decided that the void in my life was growing to large to ignore it any longer. I was put on this planet to write and made the choice to quit my nearly six-figure job and go back to the basics.

I had to learn how to write novels from scratch and it took me the better part of six years from 2008 up until I was published by Montag Press in 2014. The day my first novel was released, something inside of me changed, evolved, and I knew that I’d found my purpose.

B&P: Your central characters in both novels are female. More so, reviews by women seem to indicate that you nailed it well. What made you decide to have female leads and was it difficult to write for those characters?

N: I’m a bit of a contrarian when I hear someone advise a writer to “write what you know” simply because that worn-out cliché, when told to a person of color, often alleviates one having the imagination to write about fantasy and space operas, romances between a couple outside of their demographic, etc., but in this case, I wrote what I knew.

Most of the people in my life were women. There weren’t many men in my family. The matriarch was not only a word, it was a way of life in my upbringing. My mother, grandmother, sisters, aunts and cousins were my teachers. I loved them, empathized with them, understood them and interacted with them so much that the characters in my books all portray the pains, worries and hardships the women in my family endured, as well as the courage they exemplified.

B&P: What’s coming up next for you?

N: I’m nearly finished with my science fiction-horror novel and I’m in development creating a story for film about my father and the group of pioneers he was in called AJASS (African Jazz-Art Society and Studios). Since receiving a proclamation from the New York Senate proclaiming May 15th as AJASS Day, and a documentary about them has won several awards in film festivals, I feel it’s time that his story be told. I’m working with a Hollywood Executive Producer on bringing the story to the masses.

Also, a legendary producer sent me a song the other day and he wanted me to write something to it. More than likely, it will be a part of the project I’m writing now as my story includes a teenage group of vampire-like creatures who sing in a band.

B&P: Any advice to new authors trying to get started?

N: Keep your head up, read a ton of books in your genre and write a million words. People don’t’ care how much you know until they know how much you care.

Literary agents and publishers can see how much you care about your craft by reading your writing and vice-versa. They can tell how much care you didn’t put into your craft as well, so there are no short cuts. Do the work.

Love the work. If you respect the work by learning your craft, you’re doing it all for the right reasons. 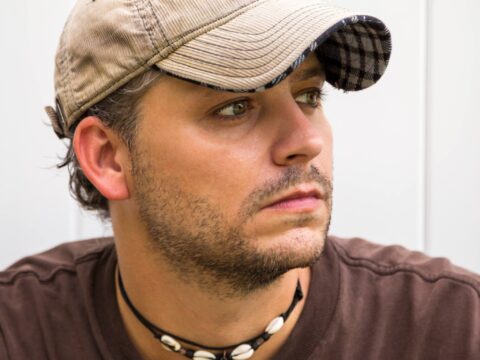 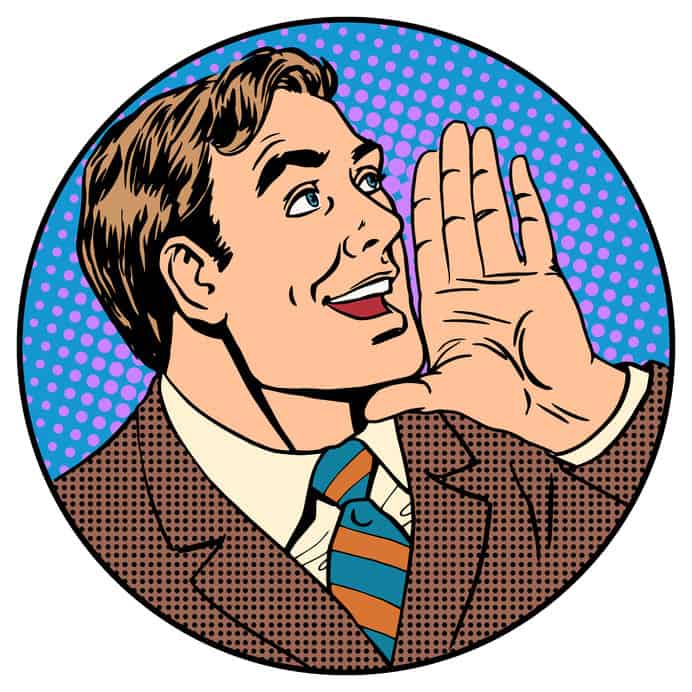 SHORT STORY: A Wait for Fall by Otto Alexander